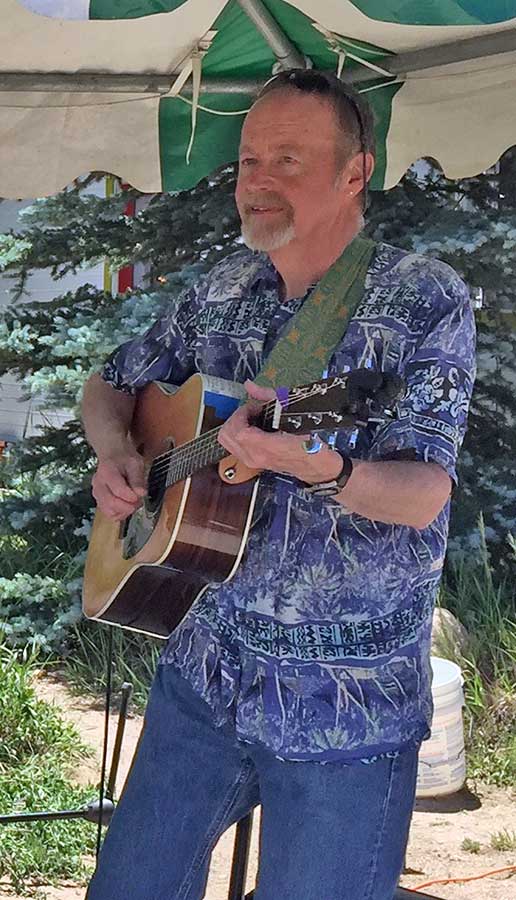 I was one of those kids who never stopped drawing after kindergarten. I attended the University of Illinois from 1966 to 1970 as a fine arts major and attended art classes at California State University in 1972 and apprenticed with goldsmith Carla Boyle from 1973 to 1974.

I have been self-employed as a goldsmith and sculptor since 1974. My work is in collections throughout the United States, including jewelry pieces made for pianist Peter Kater, singer/songwriter Dan Fogelberg, and ski film pioneer Warren Miller.

In conjunction with John Haertling Studios in Boulder, I sculpted several bronze portions of awards for the U.S. Olympic Committee. Copies of these awards were given to President Bill Clinton and Vice President Al Gore.

I realized a life-long dream when I visited the Uffizi Gallery, the Galleria dell’Accademia and other museums in Florence and Venice, Italy. During a recent trip to NYC I walked among the greats at the Metropolitan Museum of Fine Art, the Whitney, and MOMA.

“Victory” and “Colony” sculptures were accepted in the juried art exhibit “Lost and Found: Art With Found Objects” at The Collective Gallery in Lafayette, CO., in August and September, 2021. All works were made from recycled materials or found objects.

“The Hive” was exhibited in the EcoCreations Seven juried show at Arts Longmont Gallery in April 2016.

“Tango” was in the Boulder County Locals exhibit at Bricolage Gallery in Boulder, Colorado, in March and April 2016.

“Venus, Recycled” was awarded an honorable mention in the 2011 Eco-Creations show of the Longmont Council of the Arts.

“Medusa” took second at the Eco-Creations 2010 show in Longmont, Colorado.

“The Wedding,” was accepted into a juried art show, “Pleasurable Obsessions,” at the Lakewood Fine Arts Center in Denver in 2003.

Juror for the annual Congressional High School Arts Competition in 2009

Everything, from natural forms to mathematical formulas, inspires my designs. From my travels on whitewater, skiing and hiking trips I bring back seeds of design ideas. I strive to achieve the highest level of craftsmanship and attention to detail in every piece of jewelry that leaves my studio in the mountains of Colorado.

My work and the gold that I use in all my gold jewelry are produced with minimal environmental impacts.